Adria Airways signs agreement with TAL Aviation in conjunction with commencement of its direct services from its hub, Ljubljana to Bucharest and Sofia at the end of March. TAL Aviation will be acting as the airline's General Sales Agent (GSA) to provide sales and marketing, amongst other services to support its Bulgarian and Romanian markets.

Adria Airways will begin operating direct flights between Bulgaria and Slovenia from last week of March 2018 with three weekly flights on Mondays, Thursdays and Sundays. At the same time, it will operate direct flights between Romania and Slovenia with four weekly flights on Mondays, Tuesdays, Thursdays and Sundays. 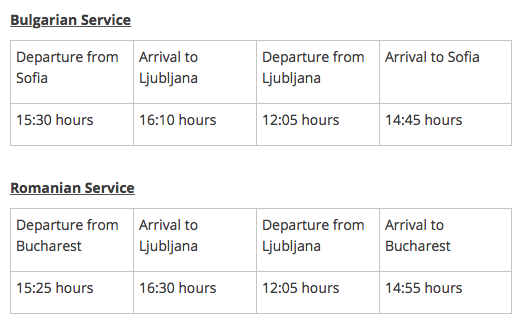 The services will be operated by the Bombardier CRJ700ER, with 70 seats capacity in a two-class layout and cabin design helping to ensure a comfortable and relaxing atmosphere throughout the flight.

The new agreement comes less than five months after Adria Airways and TAL Aviation joined forces for the first time, with the commencement of a service between the airline's hub, Ljubljana and Kiev, Ukraine.

"Adria has announced a number of network developments to take place over the year including the continuation of its flights to Kiev which TAL Aviation began supporting at the end of last year. We are already encouraged by the increase in numbers that our team in Ukraine has helped generate for the airline in its market." comments Nissim Sagis, Chief Commercial Officer of TAL Aviation. "We are pleased to be part of the expansion and this additional agreement is justification of the trust Adria is placing in us."