SkyWest had 84,936 departures in December 2017 compared to 89,553 in December 2016, a decrease of 4,617, or 5.2%. Additional flight statistics for December are included in the accompanying table. SkyWest has discontinued providing available seat miles (ASMs) and revenue passenger miles (RPMs) in its monthly traffic releases as ASMs and RPMs are not meaningful metrics in SkyWest's capacity purchase agreements and business model. 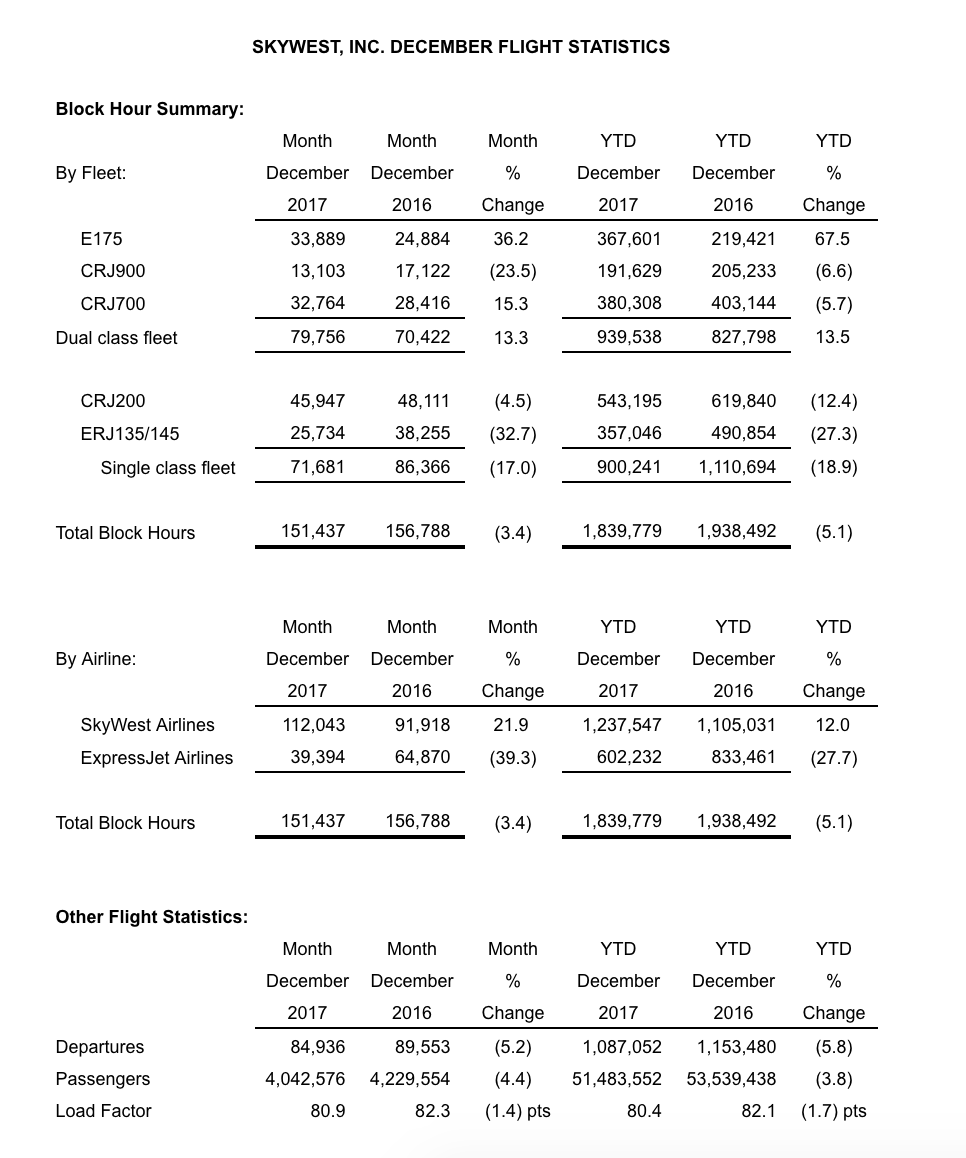 Seaborne Airlines Signs Agreement To Be Acquired by Silver Airways