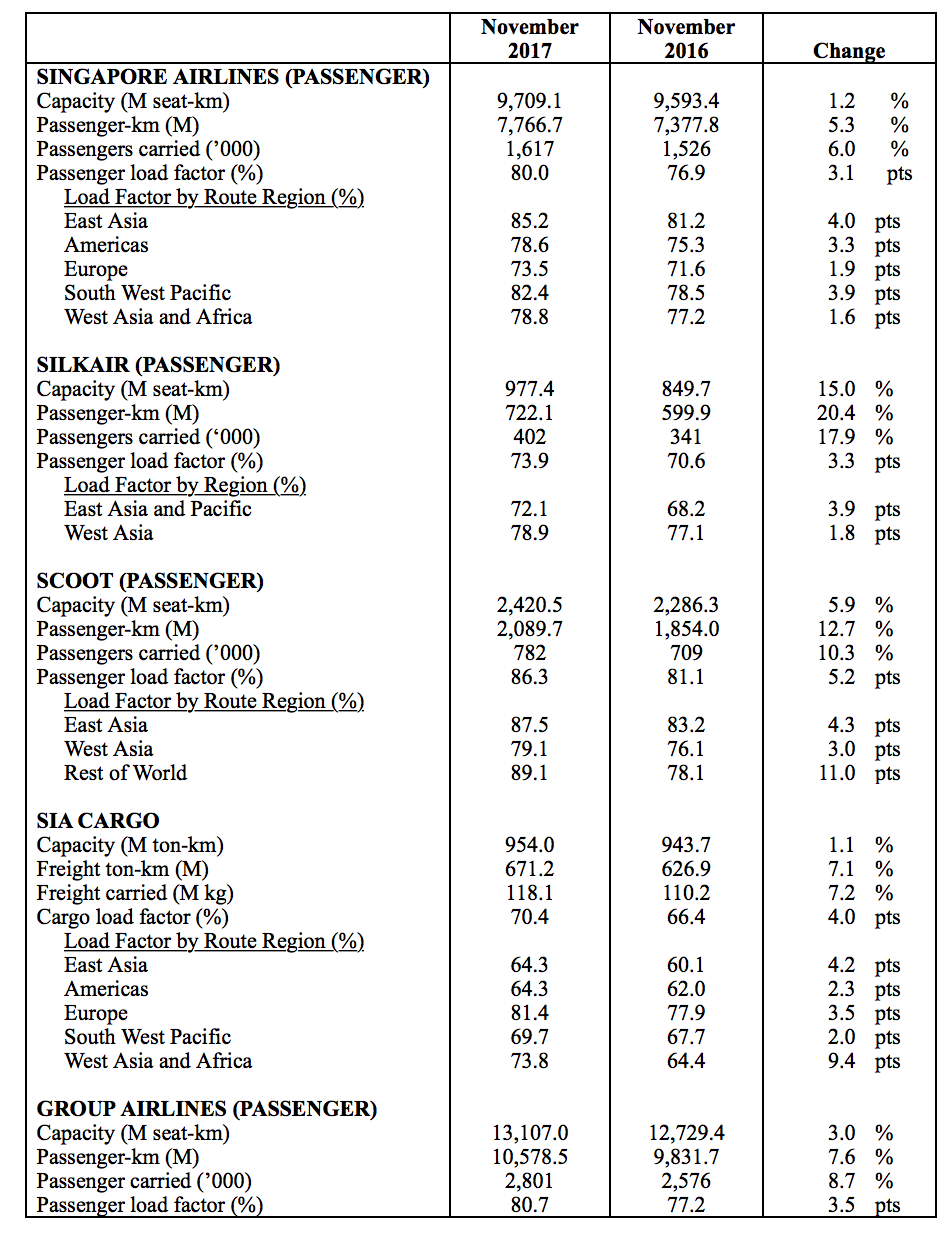 Singapore Airlines' PLF improved 3.1 percentage points to 80.0%. Passenger carriage increased 5.3% compared to last year, against a 1.2% increase in capacity. All route regions improved due to stronger passenger demand. The operating landscape remains competitive and efforts to stabilise yields are ongoing.

Scoot recorded passenger carriage growth of 12.7%, exceeding capacity expansion of 5.9%. Consequently, PLF went up by 5.2 percentage points to 86.3%, boosted by improvements in all route regions. PLF on selected routes to India, China, Southeast Asia, Australia, as well as fifth freedom routes to North Asia continued to improve. During the month, Scoot took over Palembang from SilkAir, and this expands Scoot's network to four destinations in Indonesia. The airline took delivery of its fourth 787-8 aircraft fitted with crew rest bunks, for long-haul services, which led to a wide-body fleet of 16 aircraft compared to 12 a year ago. In addition, the first of the 12 A320 aircraft which were subleased to IndiGo was returned to Scoot.

Overall cargo load factor (CLF) was 4.0 percentage points higher, with growth in cargo traffic (measured in freight-ton-kilometres) of 7.1% against capacity increase of 1.1%. CLF improved across all regions as demand outpaced capacity changes.