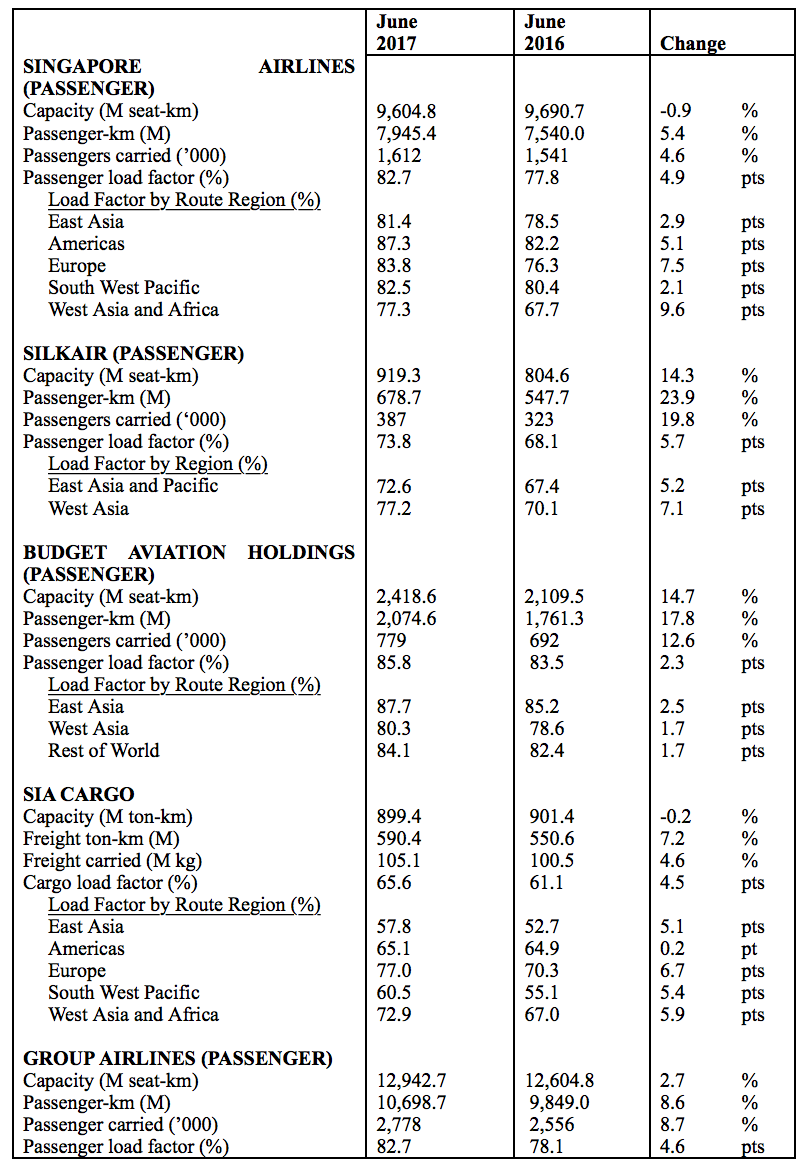 Singapore Airlines' passenger carriage increased 5.4% compared to the previous year, against a capacity contraction of 0.9%. PLF improved 4.9 percentage points to 82.7% due to higher passenger carriage registered for all regions, in particular on the Kangaroo routes. The restructuring in the Americas network, and the increase in passenger volume across all routes in West Asia and Africa, also led to higher PLFs in the respective regions. The competitive landscape remains challenging and promotional efforts will continue in relevant markets.

Overall cargo load factor (CLF) was 4.5 percentage points higher with growth in cargo traffic (measured in freight-ton-kilometres) of 7.2% against capacity reduction of 0.2%. CLF improved across all regions as demand outpaced capacity changes.

Goshawk completes largest US Private Placement by an aircraft lessor