Mesa Air Group filed for an initial public offering on July 13, 2018, seeking to raise US$150 million. The company plans to be listed under the proposed "MESA" symbol.

The underwriters of the IPO are Raymond James, BofA Merrill Lynch, Cowen, Stifel, and Imperial Capital. 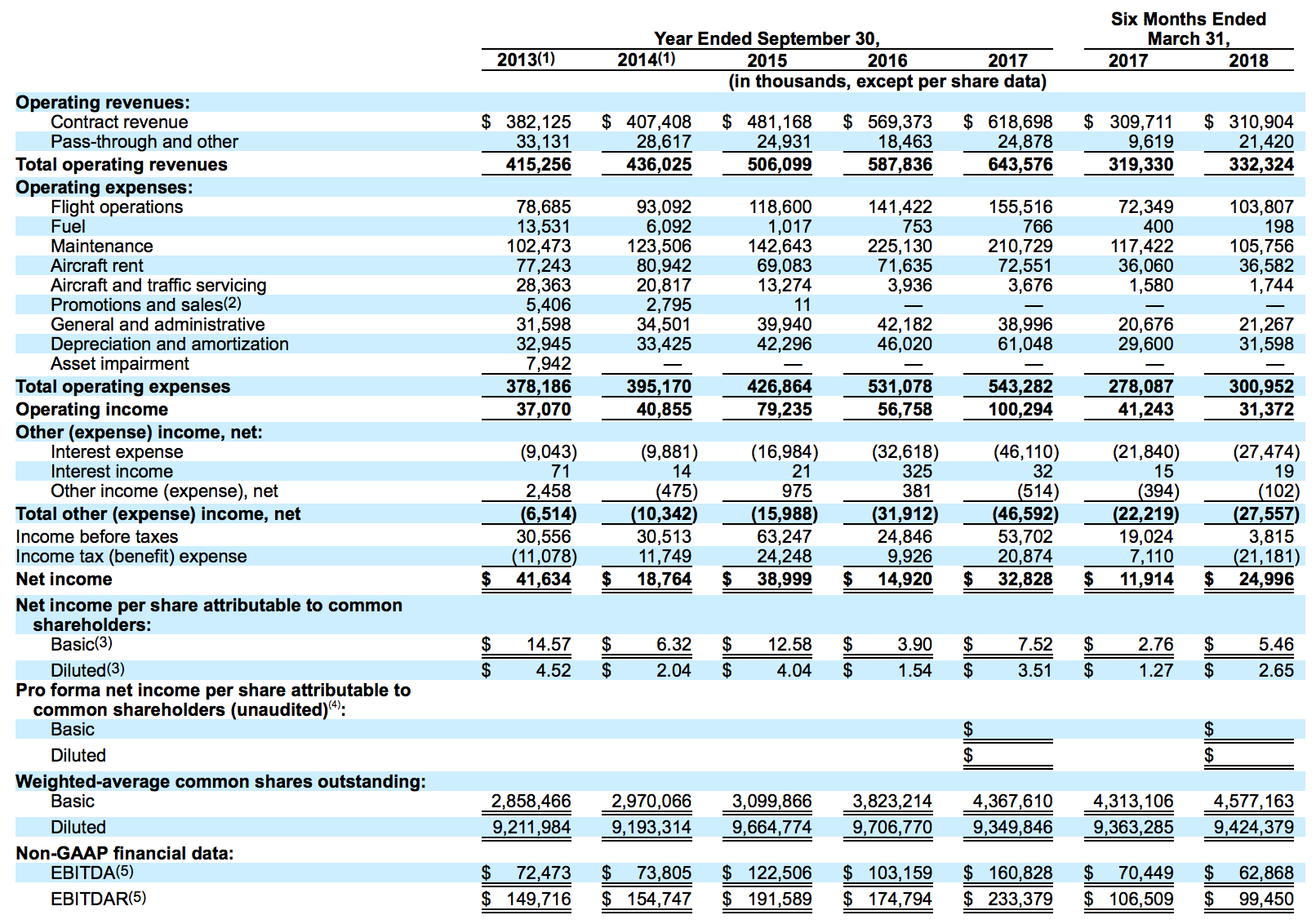 Mesa also acquired nine CRJ-900 aircraft for $76.5 million on June 28, 2018 and financed the purchase through a combination of new borrowings and a refinancing of existing debt on six CRJ-900 aircraft. All nine aircraft were previously part of our operating fleet and leased from GE Capital Aviation Services LLC under the GECAS Lease Facility. Mesa also mutually agreed with GECAS to terminate a warrant to purchase 100,000 shares of our common stock. In connection with the transaction, Mesa expects to record non-cash lease termination expense of $15.1 million in its fiscal quarter ended June 30, 2018.