Load factor for November 2017 was 84.2 percent, a decrease of 1.2 points from November 2016. JetBlue’s preliminary completion factor was 99.7 percent and its on-time (1) performance was 86.5 percent. JetBlue now expects fourth quarter revenue per available seat mile (RASM) growth to range between (0.5) and 1.5 percent compared to the fourth quarter of 2016. JetBlue now estimates a negative impact from the recent hurricanes, notably Irma and Maria, of approximately 50 basis points for the fourth quarter, better than the prior estimate of one to two percentage points. 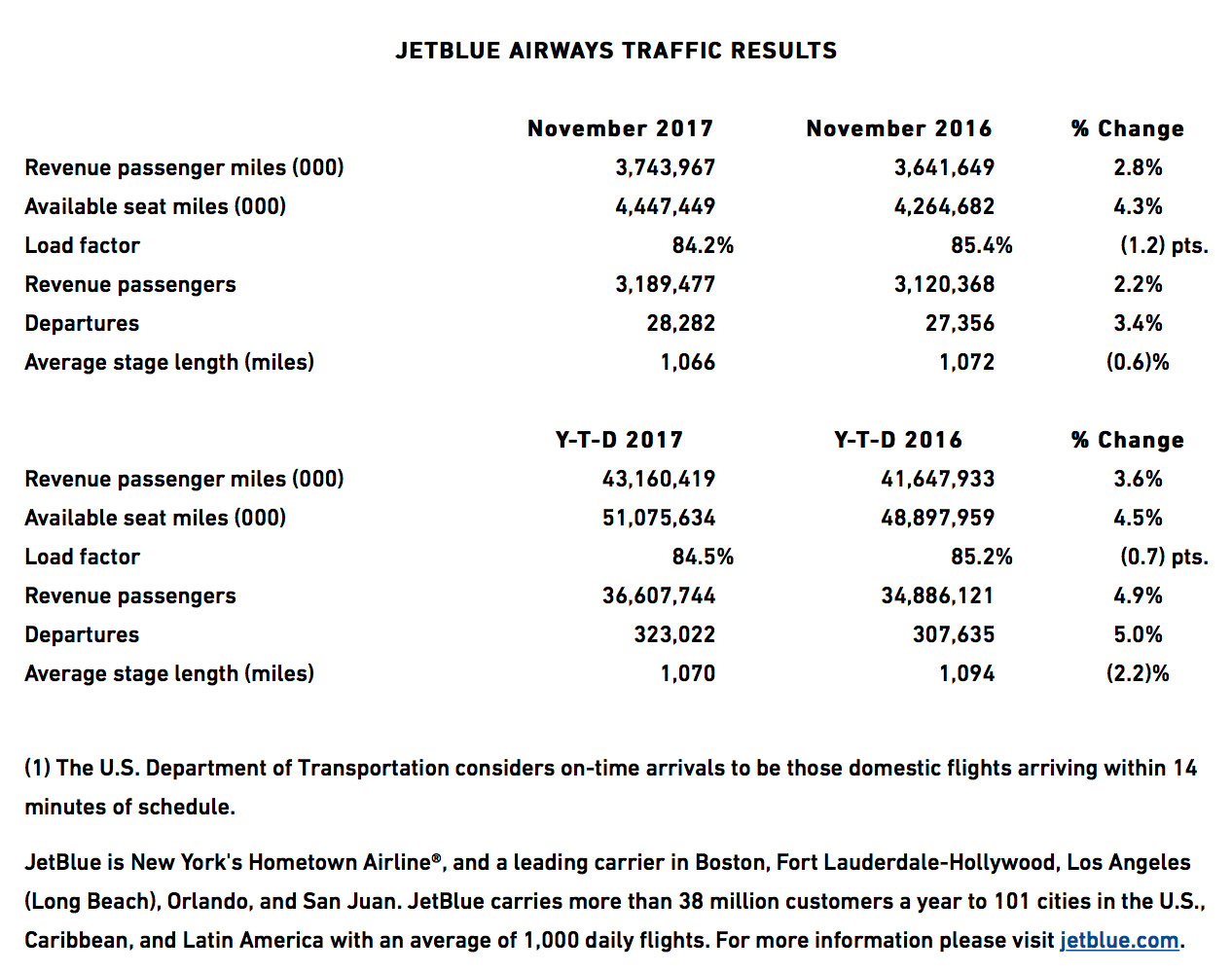 Earnings Increase In Line With SAS’s Most Recent Forecast