The restructuring efforts and initiatives undertaken by Iberia in recent years under the Plan de Futuro scheme, are now yielding their fruits, enabling the Spanish airline to launch new routes and reinforce its network. Cost reduction, productivity hikes, new long haul fleet and product, and new commercial strategies are allowing Iberia to compete advantageously in what were once unprofitable markets.

As of the end of April, 2018, until the end of September, it will operate three non-stop return flights per week between Madrid and San Francisco, a new destination for Iberia.

It will also start thrice-weekly flights to Managua in October, non-stop to Madrid and with one stop in Guatemala City from Madrid to the Nicaraguan capital, allowing the company to offer a daily flight to Guatemala.

This week marks the first anniversary of Iberia’s non-stop Madrid-Tokyo route, which was launched with three flights per week. The number will raise to five starting on 20 October 2018, subject to governmental approval.

Meanwhile, as from April 2018, the Spanish airline is to use larger and more lavishly equipped Airbus A330s on its daily Madrid-Tel Aviv flights, featuring larger and more comfortable seats –those in Business Class unfold into flat, 2-metre-long beds. All passengers can enjoy a massive offering of à la carte entertainment options, and Wi-Fi, amongst other advantages.

Iberia’s chairman Luis Gallego comments: “For another year, our Plan de Futuro and the efforts and commitment of everyone are making it possible for us to open up new routes. Keeping them, and continuing to enter new markets, will depend on our ability to increase our competitiveness still further, and to continue to improve service to our customers.” 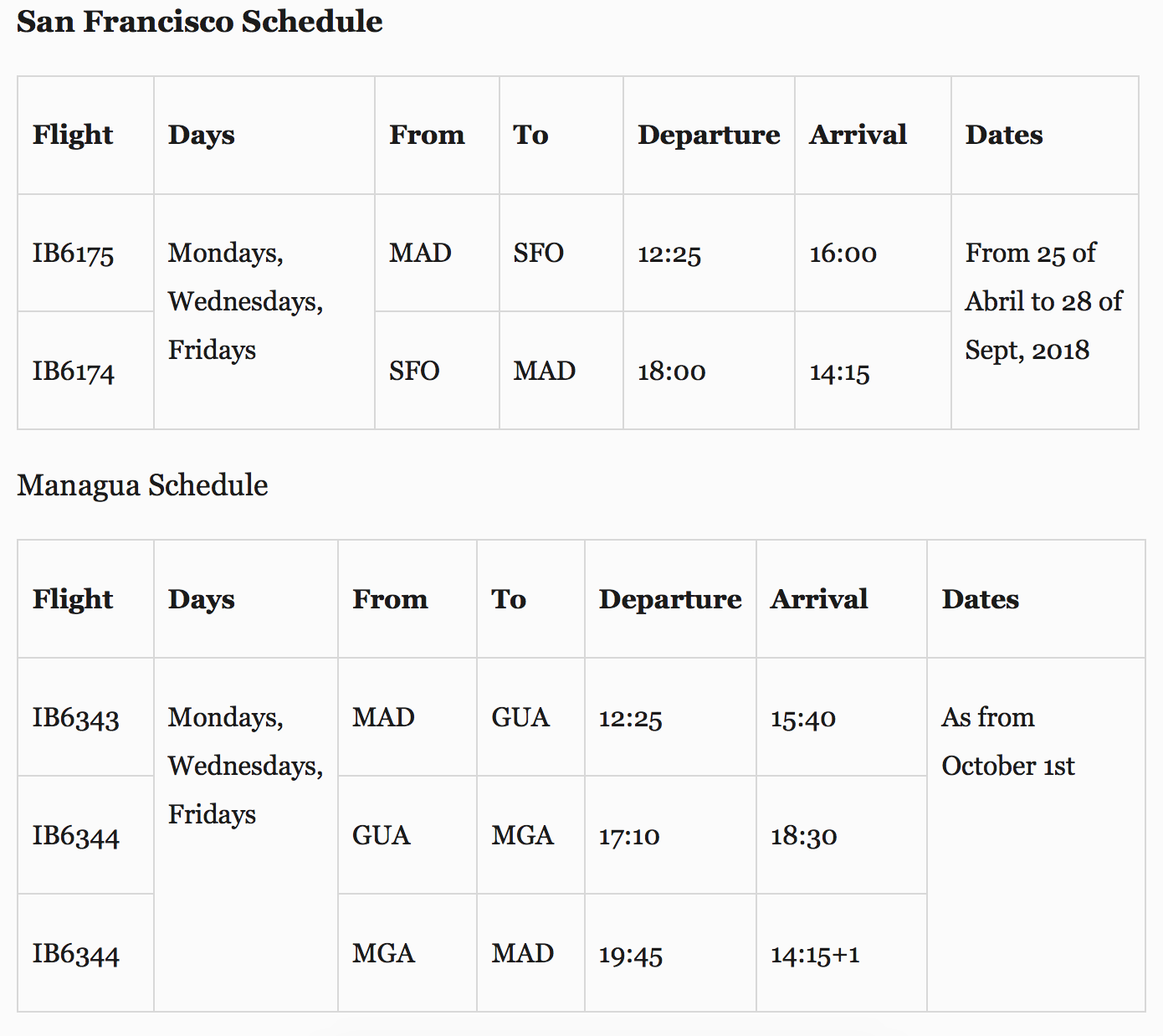