Group traffic in March, measured in Revenue Passenger Kilometres, increased by 9.0 per cent versus February 2017; Group capacity measured in Available Seat Kilometres rose by 5.8 per cent.

On 3 April, IAG announced that British Airways had finalised its new pension scheme. The airline closed its New Airways Pension Scheme (NAPS) to future accrual and its British Airways Retirement Plan (BARP) to future contributions from March 31, 2018. The schemes have been replaced by a flexible benefits scheme, incorporating a new defined contribution pension scheme, called the British Airways Pension Plan (BAPP). NAPS active members were offered a choice of transition arrangements. In Q1 2018, the net impact of these arrangements, the liability reduction resulting from the closure of NAPS and the cost of closing BARP will be treated as an exceptional gain of £598 million. The annual costs for BAPP are expected to be approximately £80 million lower than the equivalent NAPS and BARP costs in 2017.

On 25 March, Aer Lingus launched its flights between Dublin and Philadelphia. This is the airline's 14th direct transatlantic route. Philadelphia is the first of two new transatlantic routes to be operated by Aer Lingus for summer 2018 and will be followed by a new Dublin to Seattle service starting on 18 May. Initially, flights between Dublin and Philadelphia are operating four times per week and will increase to a daily service from mid-May.

On 28 March, LEVEL launched its new route from Barcelona to Boston with two weekly flights which will increase to three services per week from August 2018. From July, LEVEL will also start operations from Paris-Orly to Montreal, New York (Newark), Guadeloupe and Martinique. 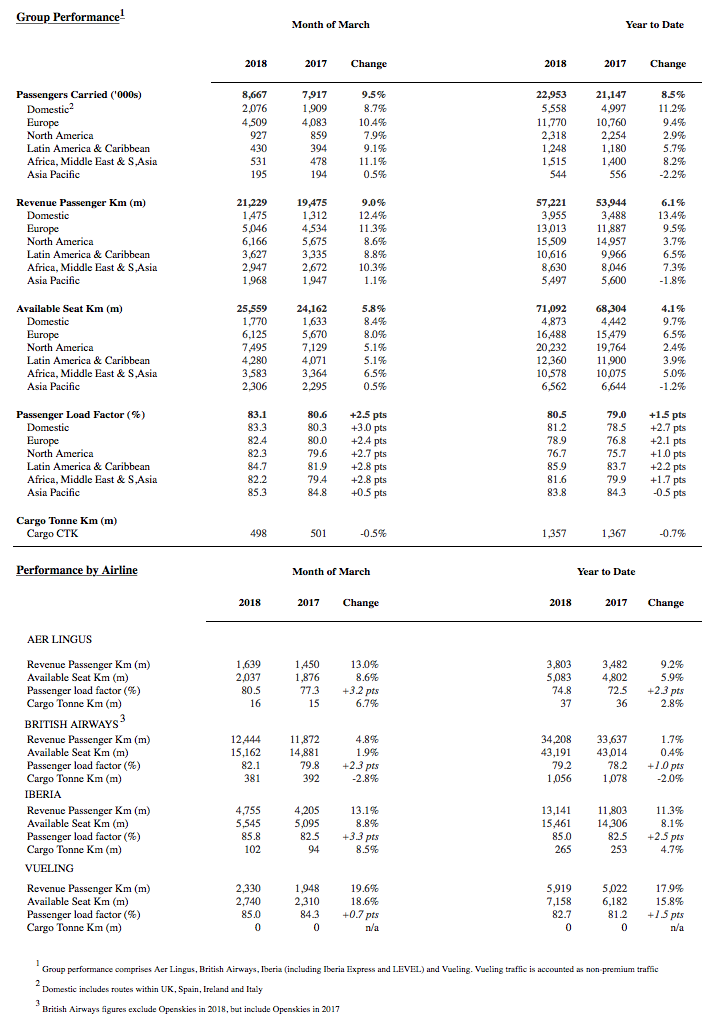 Air Lease Corporation Activity Update for the First Quarter of 2018

AerCap Leased, Purchased and Sold 114 Aircraft in the First Quarter 2018