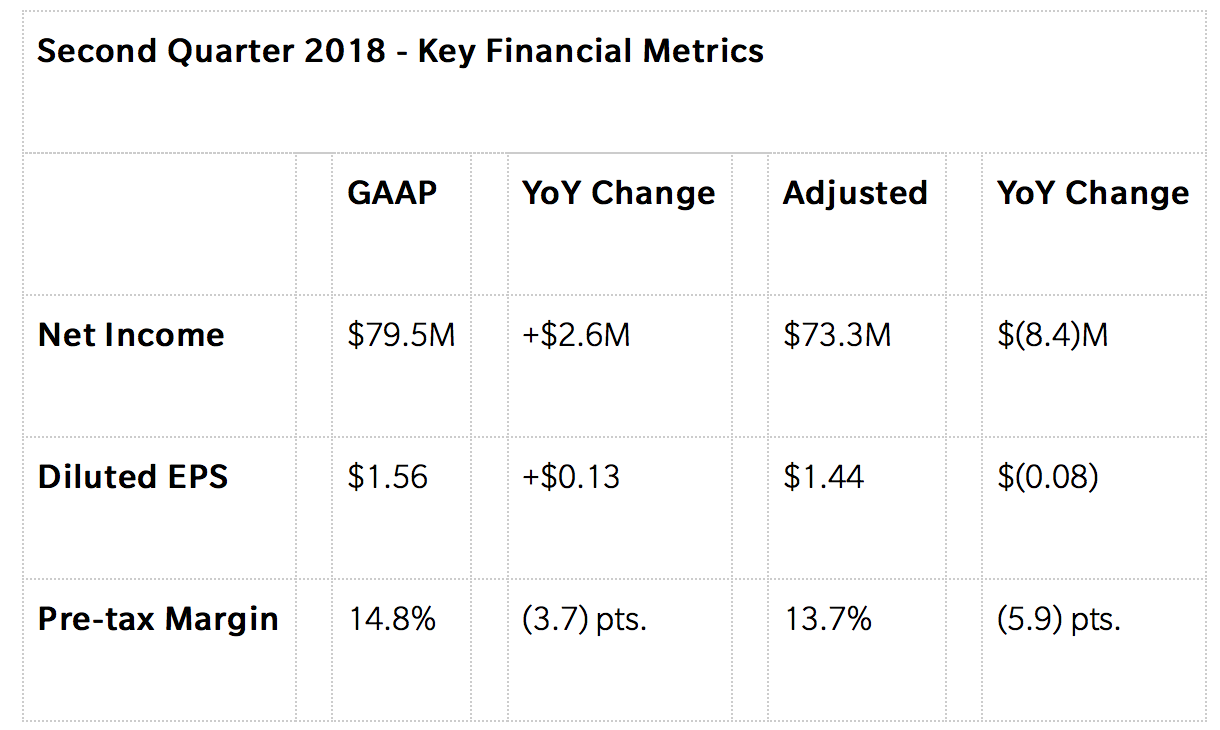 "Our second quarter performance reflects our continued position as the carrier of choice for Hawai'i," said Peter Ingram, Hawaiian Airlines president and CEO. "The Hawaiian team showed their mettle yet again, producing solid financial and operational results in a quarter marked by rising fuel prices, elevated industry capacity, and headline-grabbing volcanic activity on the Big Island of Hawai'i. We generated more revenue and carried more guests than in any second quarter in our history by executing our plan and running a safe and reliable airline. I couldn't be more proud of my colleagues."

Statistical information, as well as a reconciliation of the non-GAAP financial measures, can be found in the accompanying tables.

Unrestricted cash, cash equivalents and short-term investments of $593 million
Outstanding debt and capital lease obligations of $692 million
The Company returned $8.6 million to shareholders in the second quarter through $6.1 million in dividends and $2.5 million in share repurchases.

Carried more than 3 million guests across its network, a record for the second quarter.

Together with Japan Airlines, filed an application with the U.S. Department of Transportation (DOT) and Japan's Ministry of Land, Infrastructure, Transport and Tourism (MLIT) seeking antitrust immunity to create a joint venture that promises significant consumer benefits and the opportunity for service expansion. The antitrust immunized joint venture will build upon the broad codeshare partnership the two carriers initiated in March 2018.

Completed remodeling its Airbus A330 fleet with lie-flat premium seats and increased Extra Comfort capacity.
Together with Barclays, Mastercard, and Bank of Hawai'i, launched an enhanced Hawaiian Airlines World Elite Mastercard and Hawaiian Airlines Business Mastercard that allow cardmembers to earn more miles faster and embark on their next vacation sooner through a refreshed rewards structure.

Subsequent to quarter end, secured its next long-haul aircraft with the signing of a definitive purchase agreement with Boeing for the purchase of 10 Boeing 787-9 aircraft, including purchase rights for an additional 10 aircraft.
Took delivery of four Airbus A321neo aircraft between May and June, increasing the size of its Airbus A321neo fleet to six aircraft.
Took delivery of one ATR-42 turboprop aircraft in June, increasing the size of its passenger turboprop fleet to four aircraft.
Entered into two Japanese Yen-denominated debt financings, each collateralized by an Airbus A321neo aircraft.

As of January 1, 2018, the Company adopted Accounting Standards Codification (ASC) 606, Revenue from Contracts with Customers, which affects the Company's accounting for frequent flyer mileage sales, passenger revenue, other operating revenue, and selling costs. The prior periods presented have been recast to reflect adoption of these new standards.