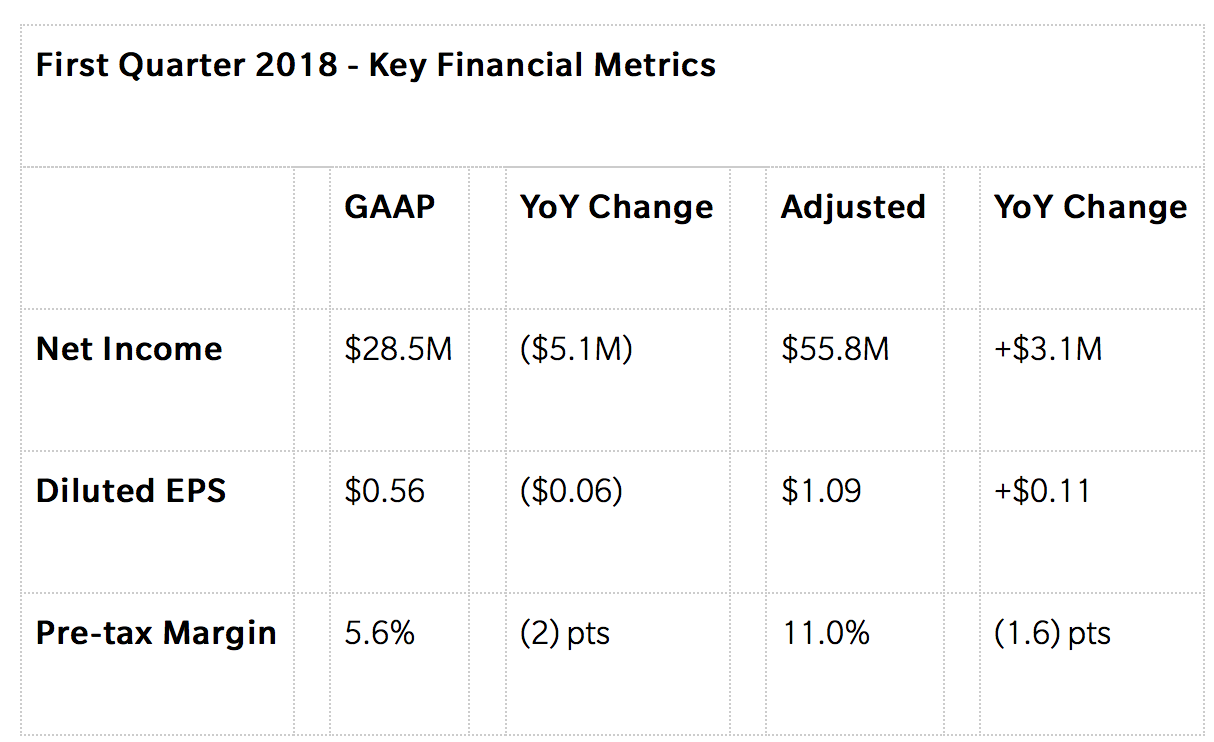 "2018 is off to a great start," said Peter Ingram, Hawaiian Airlines president and CEO. "Despite an uptick in competitive capacity in the first quarter, we generated more revenue and carried more guests than any first quarter in our history. No one should be surprised that Hawaiian rose to the challenge. My colleagues on the ground and in the air are without peer - delivering operational excellence coupled with authentic Hawaiian hospitality. Our outstanding first quarter results would not have been possible without the passion and excellence they bring to this airline. It is an honor to serve with them."

"We are excited for the year ahead, and look forward to continuing to demonstrate that Hawaiian is now, and will remain, the carrier of choice to Hawai'i."

Statistical information, as well as a reconciliation of the non-GAAP financial measures, can be found in the accompanying tables.

The Company's Board of Directors declared a quarterly cash dividend of 12 cents per share to be paid on May 25, 2018, to all shareholders of record as of May 11, 2018.

Carried nearly 2.9 million guests across its network, a record for the first quarter.

Deepened its reach into Japan by commencing code-share operations with Japan Airlines (JAL) under a new comprehensive partnership between the two airlines.
New Routes

Extended its partnership with Barclaycard US, Hawaiian's co-branded credit card partner, under a new agreement through 2024 that includes improved economics for Hawaiian and enhanced product offerings for cardholders.

Selected its wide-body aircraft of the future by executing a non-binding letter of intent with Boeing for the purchase of 10 new 787-9 "Dreamliner" aircraft for delivery starting 2021, with purchase rights for an additional 10 aircraft.