São Paulo, May 9, 2018 - GOL Linhas Aéreas Inteligentes S.A. (“GOL” or “Company”), (NYSE: GOL and B3: GOLL4), Brazil’s #1 airline, announces to its shareholders and the market in general that the homologation of the increase in the Company’s capital, within the limit of its authorized capital, in the amount of R$5,798,532.45, upon the issuance of 498,674 preferred shares, all of them nominative and with no face value, arising from the exercise of stock purchase options granted under the Company’s Stock Purchase Option Plan, which was approved at the Company's extraordinary shareholders’ meeting on October 19, 2012 (“Stock Purchase Option Plan”), was approved at the board of directors’ meeting held on May 8, 2018.

The shares issued are identical to existing shares and, under the terms of the Company’s Stock Purchase Option Plan, will be entitled to the same rights granted to other shares of the same kind, including the receipt of dividends and interest on capital. Additionally:

The shares were issued with the exclusion of preemptive rights of current shareholders of the Company upon the subscription of new preferred shares was approved, in conformity with the provisions in Article 171, §3, of Law no. 6404, dated December 15, 1976, as amended.

The total issue price is R$5,798,532.45, in accordance with the Company’s Stock Purchase Option Plan, representing R$ 11.63 per preferred share.

Also, in accordance with Article 30, XXXII, of CVM Instruction No. 480, the Company discloses the following information:

– Quotation of each of the series and classes of shares of the Company in the markets in which they are traded:

a) Minimum, average and maximum quotation of each year, in the last three years: 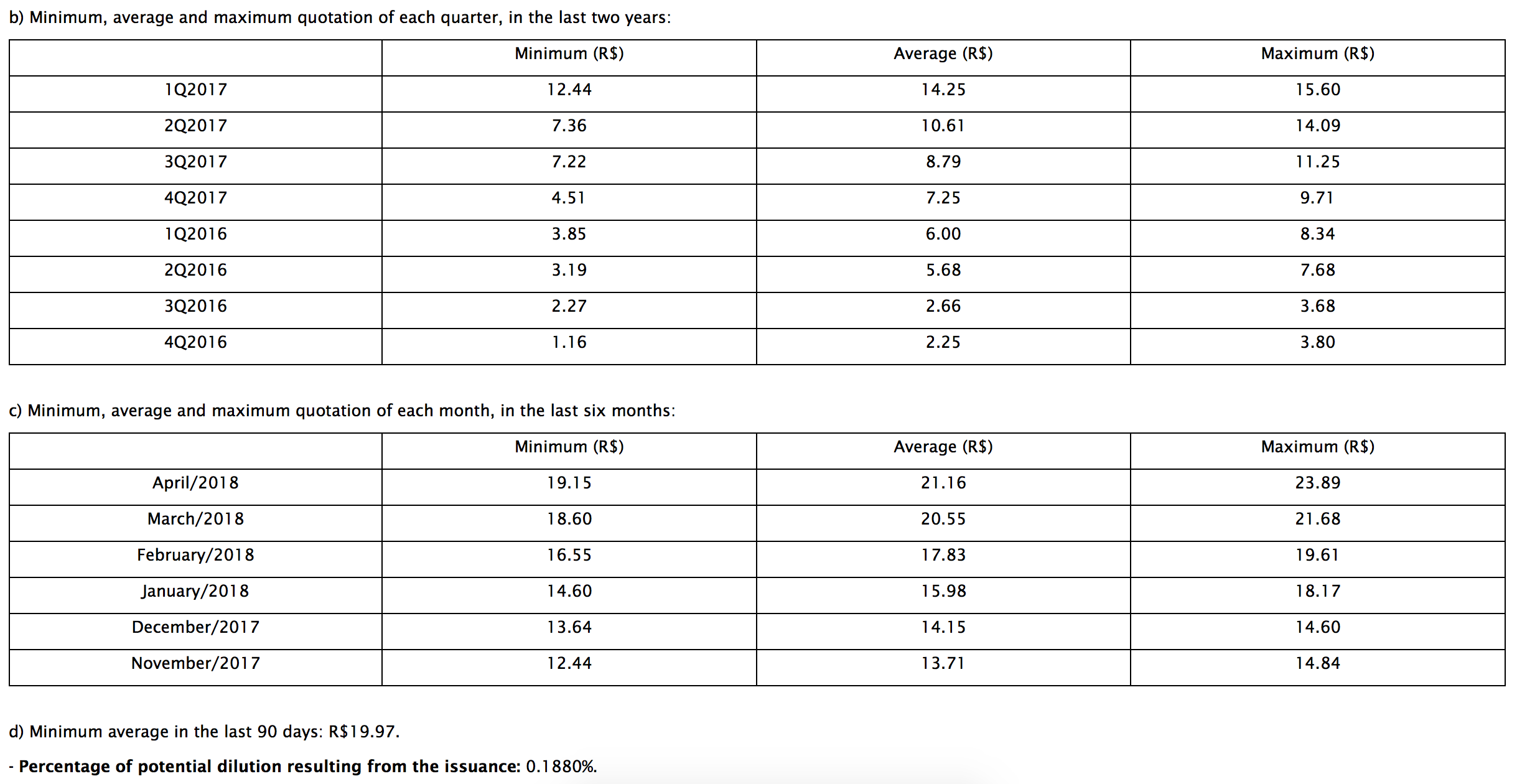