The capacity in Finnair’s largest traffic area, Asia, increased by 32.5 per cent in November. New seasonal route to Goa was opened in November, and flights to Phuket were started earlier than in the comparison period. Also number of frequencies to Bangkok, Hong Kong, Singapore and Krabi increased year-on-year. Traffic measured in RPK grew by 34.5 per cent, and the passenger load factor increased by 1.2 percentage points to 80.6 per cent.

In North Atlantic traffic capacity increased by 19.1 per cent. Flights to new leisure destination Puerto Vallarta started and Miami route was re-opened in November, whereas operations to Chicago ceased for the winter period. Traffic increased by 25.0 per cent and the passenger load factor rose by 3.6 percentage points to 75.5 per cent.

Traffic statistics for December 2017 will be published on Tuesday, 9 January 2018. 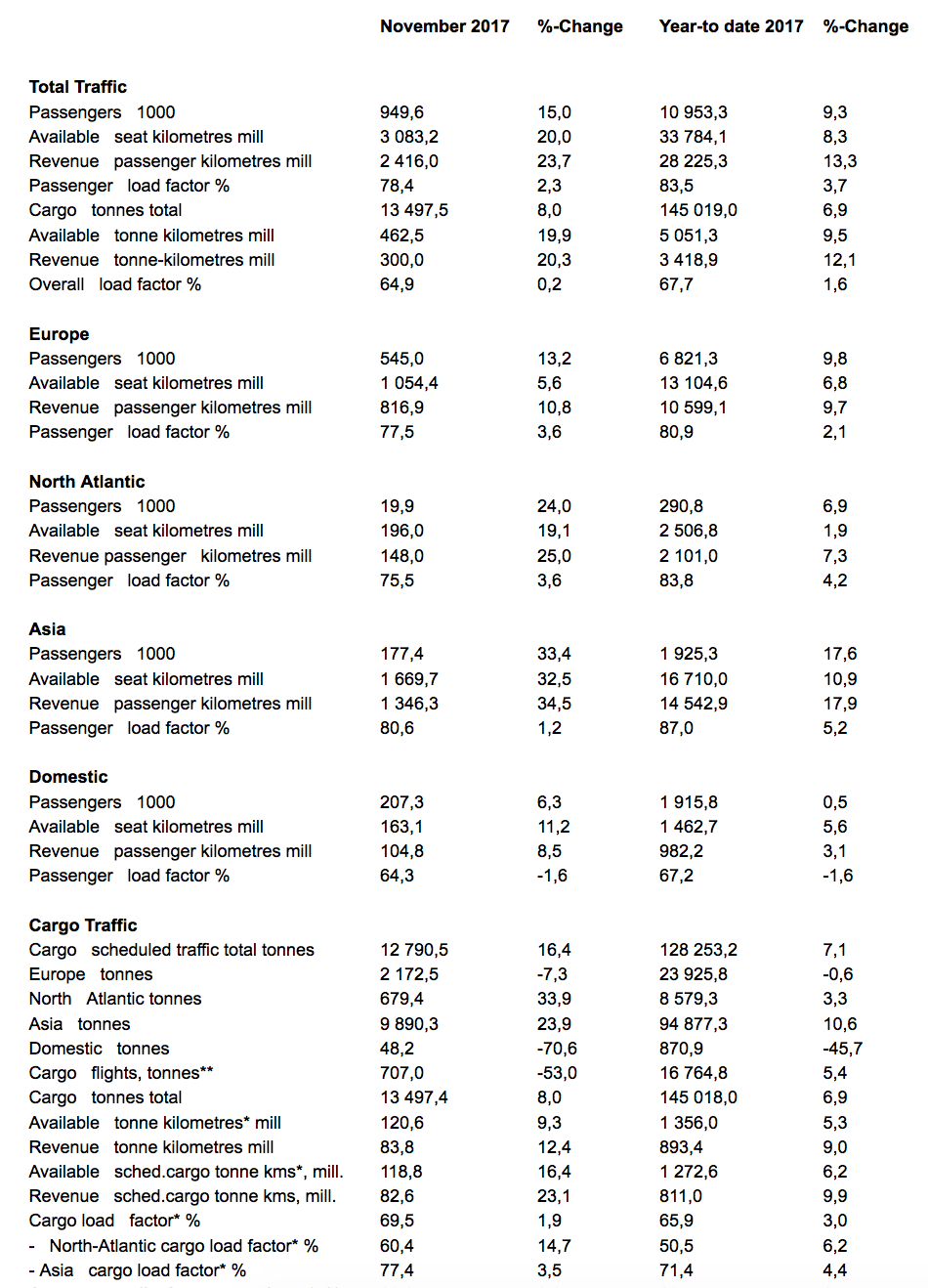 Belavia to Add a Further E195 to its Embraer Fleet