Cubana de Aviacion was ordered by government aviation regulators to ground its AN-158 fleet, effective 03 May 2018 due to recurring problems with the aircraft which affected safety. The Certificate of Airworthiness for the said aircraft was revoked as a result.

Cubana de Aviacion operated six AN-158s, which suffered from a series of mechanical failures and flight problems, as well as issues related to structural flaws. The aircraft were repeatedly grounded due to maintenance and lack of spare parts. 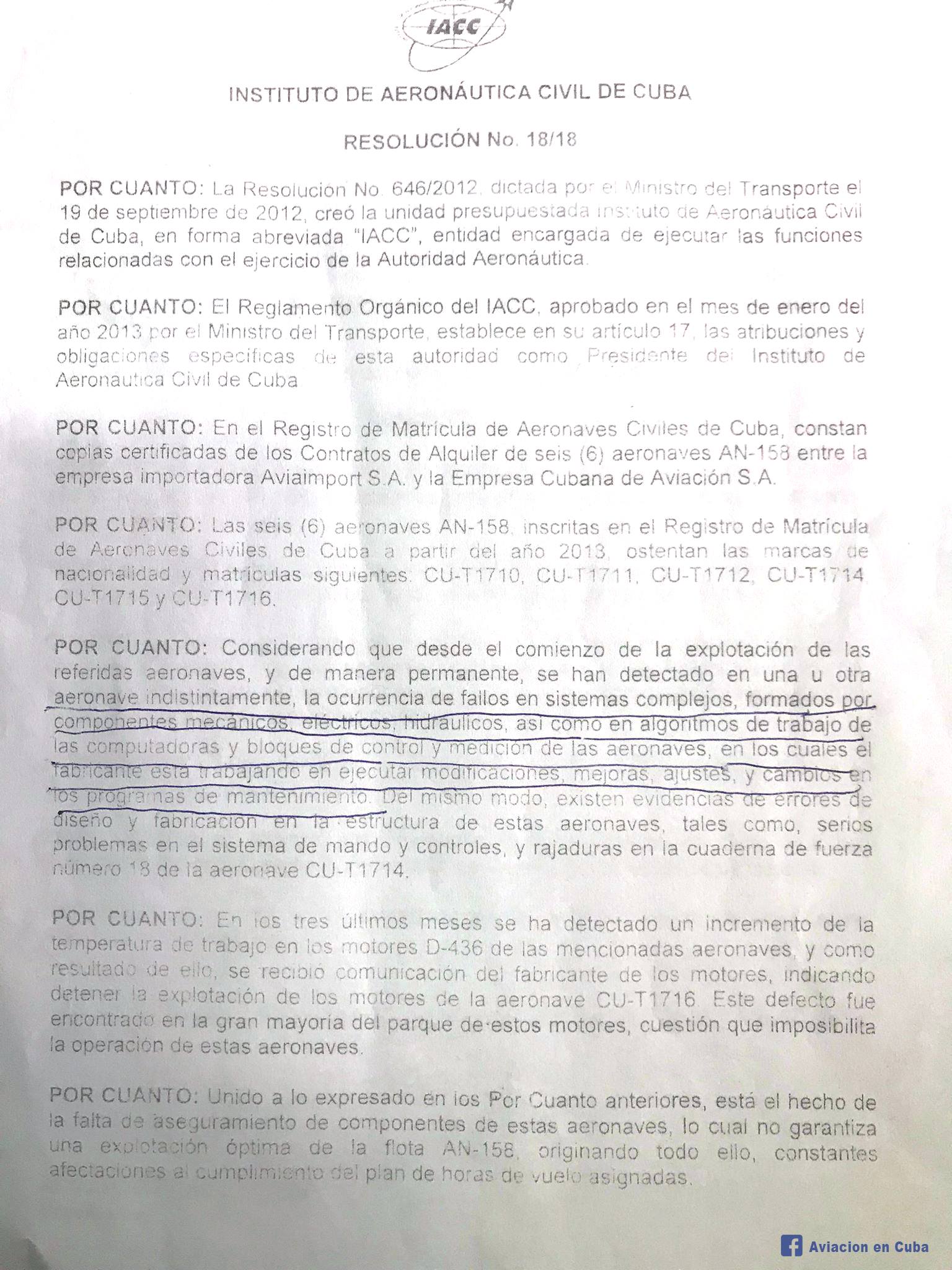 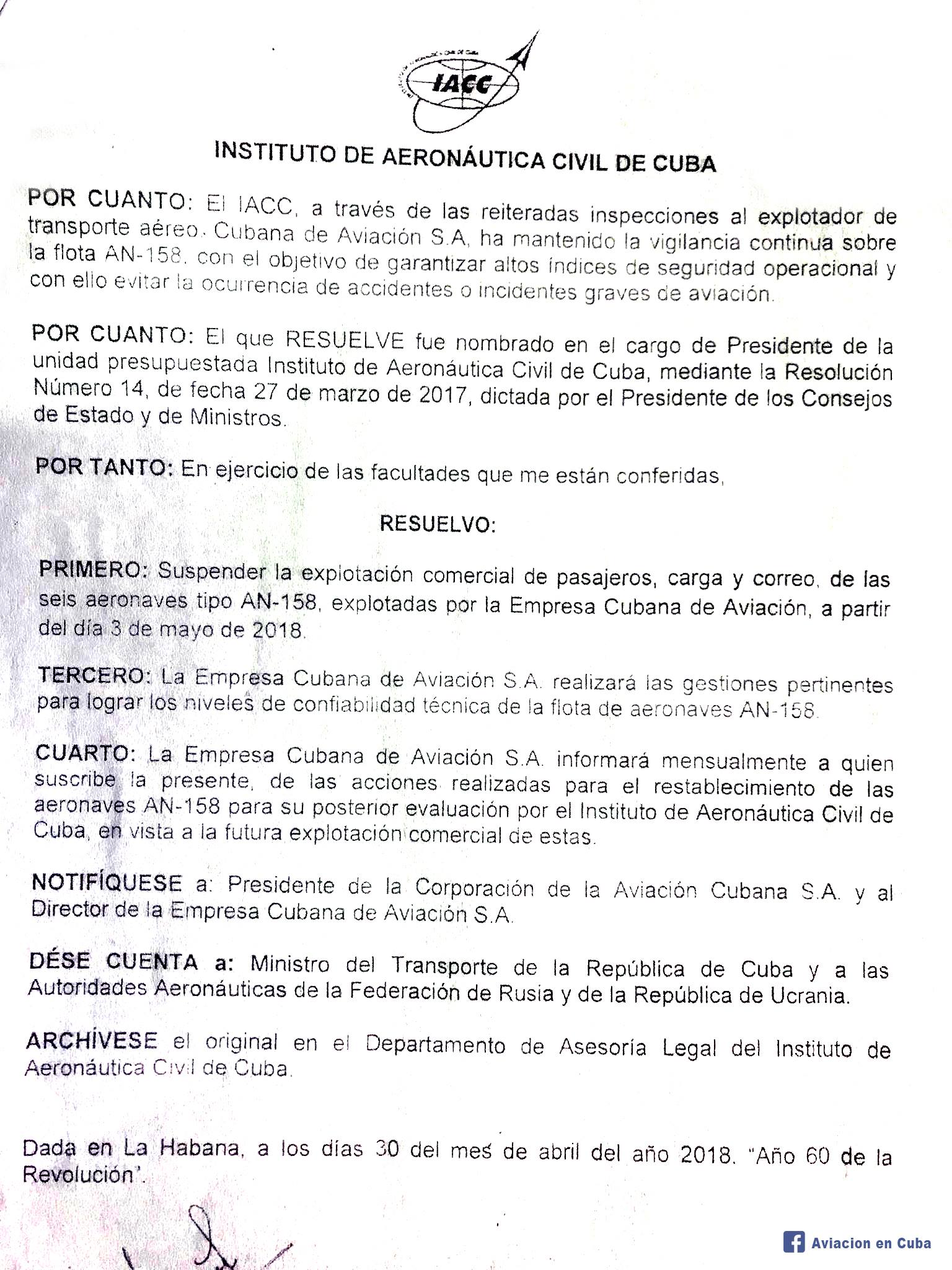