In July, Copa Airlines was awarded "Best Airline" and "Best Airline Staff" in its region by the Skytrax World Airline Awards.
During the month of July, Copa Airlines began service to its 16th destination in the Caribbean, Bridgetown, Barbados.
Also in July, Copa Airlines began service to its 8th and 9th destinations in Brazil, Fortaleza and Salvador de Bahía.
The Company is disclosing today that it has been in discussions with United Airlines, Inc. and Avianca Holdings regarding the possibility of establishing a three-way joint business agreement that would cover our combined network between the United States and Latin America. We can provide no assurances as to whether or when the parties will finalize the agreement.
Copa Holdings will pay its third quarterly dividend of $0.87 per share on September 14, to all Class A and Class B shareholders on record as of August 31, 2018. 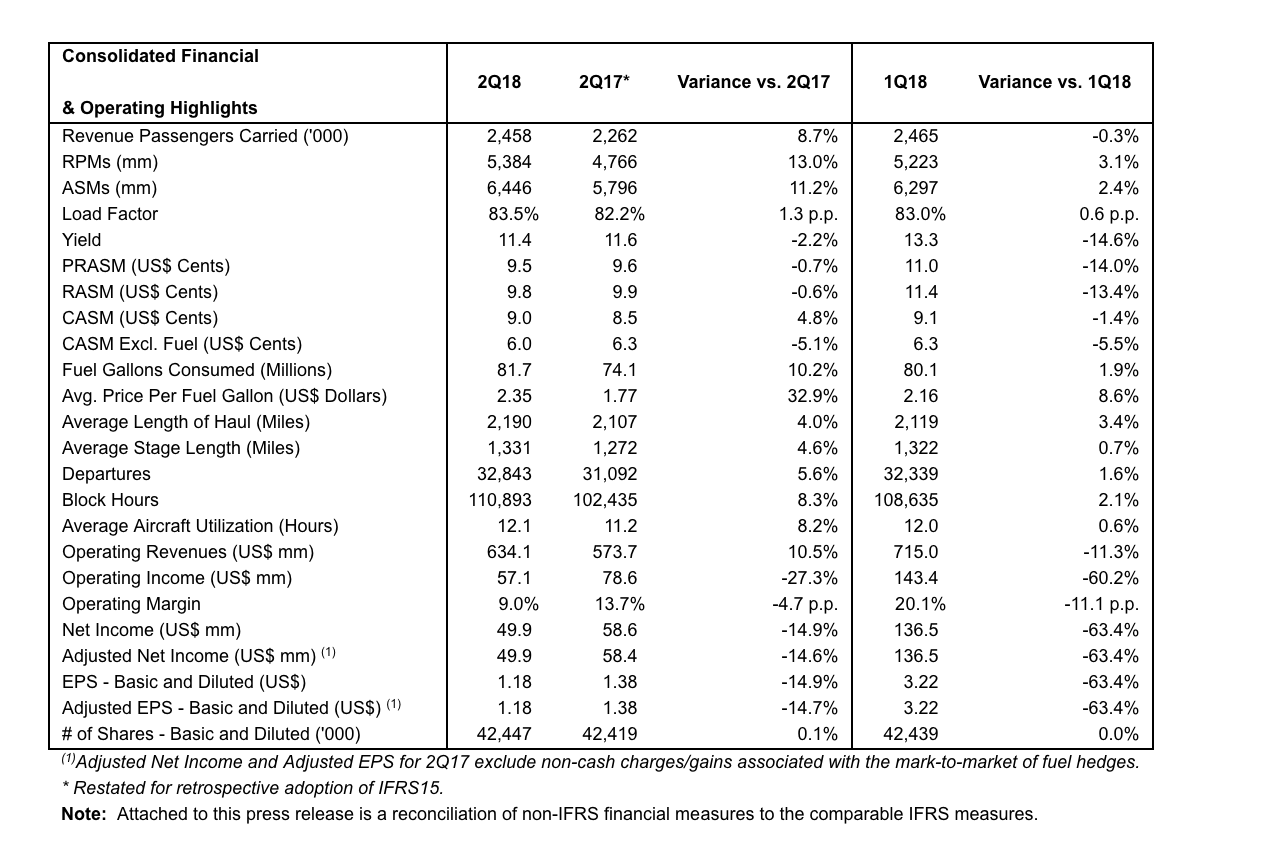