Cypriot airline, Cobalt Air, will ground its operations at the end of day, 17 October 2018, as talks with potential European investors fell through.

The remaining US$17.3 million in its accounts will be used to pay its employees.

The carrier has been facing financial issues lately with its Chinese investor, AJ Cyprus, and the airline has also missed some lease payments in early October 2018.

The Transport Ministry is expected to make an announcement soon on the matter, as the government has been monitoring the situation for some time.

There's still a chance to save the airline, as long as it keeps its licenses long enough to sound out potential new investors, according to the CEO. 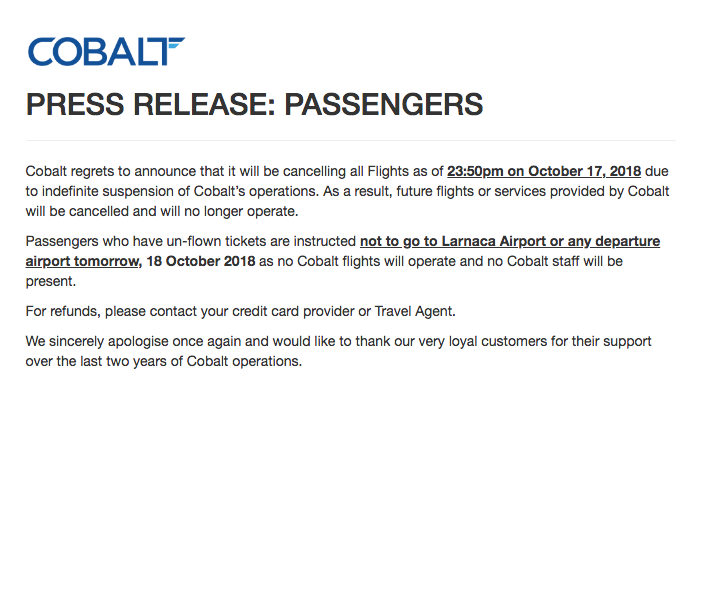