Cathay Pacific Group today released combined Cathay Pacific and Cathay Dragon traffic figures for November 2017 that show an increase in both the number of passengers carried and cargo and mail uplifted compared to the same month in 2016.

Cathay Pacific and Cathay Dragon carried a total of 2,843,893 passengers last month – an increase of 7.9% compared to November 2016. The passenger load factor increased 0.1 percentage points to 83.6%, while capacity, measured in available seat kilometres (ASKs), increased by 6.4%. In the first eleven months of 2017, the number of passenger carried increased by 1.3% while capacity rose by 2.7%.

“In terms of cargo, our high year-on-year tonnage growth reflects the overall strength in the world’s air cargo markets. E-commerce related movements were boosted by events such as Chinese Singles’ Day, which helped to even out the traditional dip in demand following the Thanksgiving holiday, and we saw high load factors and improving yields. We broke our weekly tonnage uplift record in the week starting 26 November, while a number of key markets across our network also established new revenue records during the month. The outlook remains positive and is expected to carry through until Christmas.” 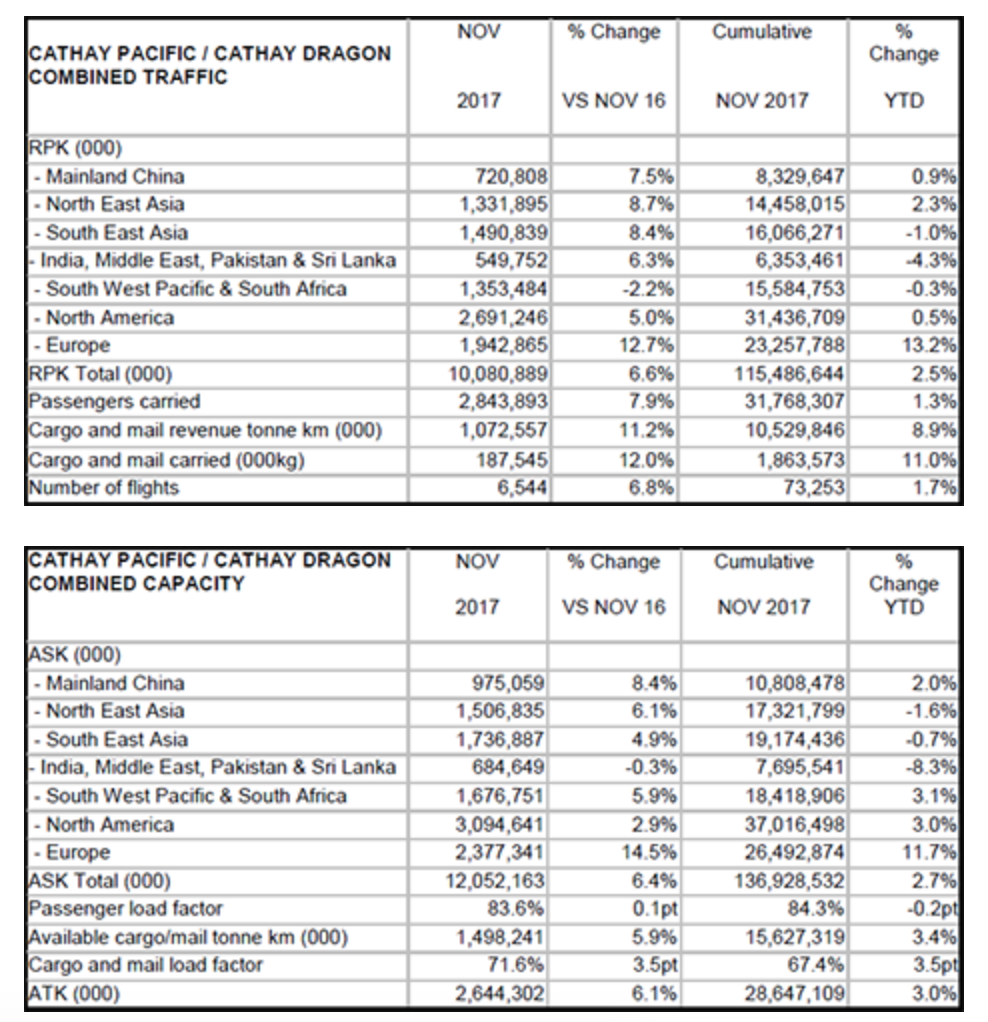