・ A total fleet of 499 aircraft owned, managed and on order1
・ An average aircraft age of 3.1 years and an average remaining lease term of 8.2 years for the 314 owned aircraft fleet, weighted by net book value
・ Order book of 162 aircraft1
・ Took delivery of 14 aircraft (including two acquired by airline customers on delivery)
・ 18 aircraft scheduled for delivery in the first half of 2019 were delayed, comprising 12 Airbus aircraft delayed primarily due to industrial constraints and six Boeing aircraft delayed primarily due to the 737 MAX grounding
・ Signed 32 lease commitments
・ Customer base of 92 airlines in 40 countries and regions in the owned and managed portfolios
・ Sold eight owned and two managed aircraft
・ Managed fleet comprised 23 aircraft
・ Aircraft utilisation at 99.6%
・ Repossessed five owned and three managed aircraft from airlines that had ceased operations and delivered all eight aircraft to new customers

Previous guidance for the total number of aircraft to be delivered in 2019 was 79. Due to the changes outlined below, this number is now likely to be lower.

The Boeing Company acknowledged in its latest earnings call for the second quarter of 2019 that the return to service date for the currently-grounded 737 MAX aircraft has been further delayed. So far, this is equivalent to a six month delay from the start of the grounding in March 2019. We therefore expect that some or all of our 23 remaining 737 MAX aircraft that were scheduled for delivery in 2019 will be delayed out of this year and we are working with Boeing on a revised delivery timeframe.

We now expect delivery delays could result in up to 30 aircraft being delayed out of 2019, including three for which an airline customer has the right to acquire the aircraft on delivery. These presently comprise up to seven Airbus A320NEO aircraft and up to 23 Boeing 737 MAX aircraft. 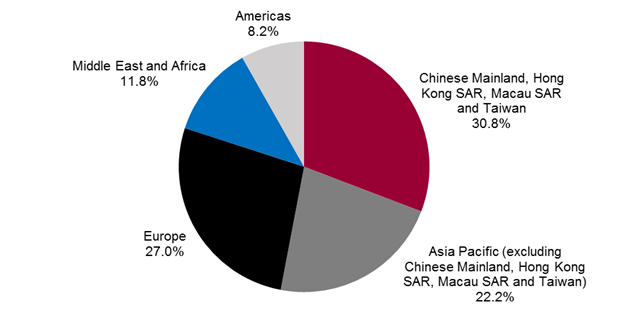