・ A portfolio of 324 owned and managed aircraft, with an average aircraft age of 3.0 years and an average remaining lease term of 8.3 years for owned aircraft fleet, weighted by net book value
・ Order book of 163 aircraft1
・ Took delivery of 15 aircraft (including one acquired by an airline customer on delivery)
・ Signed 16 lease commitments
・ Customer base of 88 airlines in 35 countries and regions in the owned and managed portfolios
・ Sold ten owned and one managed aircraft
・ Managed fleet comprised 29 aircraft
・ The total number of aircraft delivered and scheduled to be delivered in 2018 is 58, all of which have been committed for lease and six of which have been or are expected to be acquired by airline customers on delivery
・ Aircraft utilisation at 100% 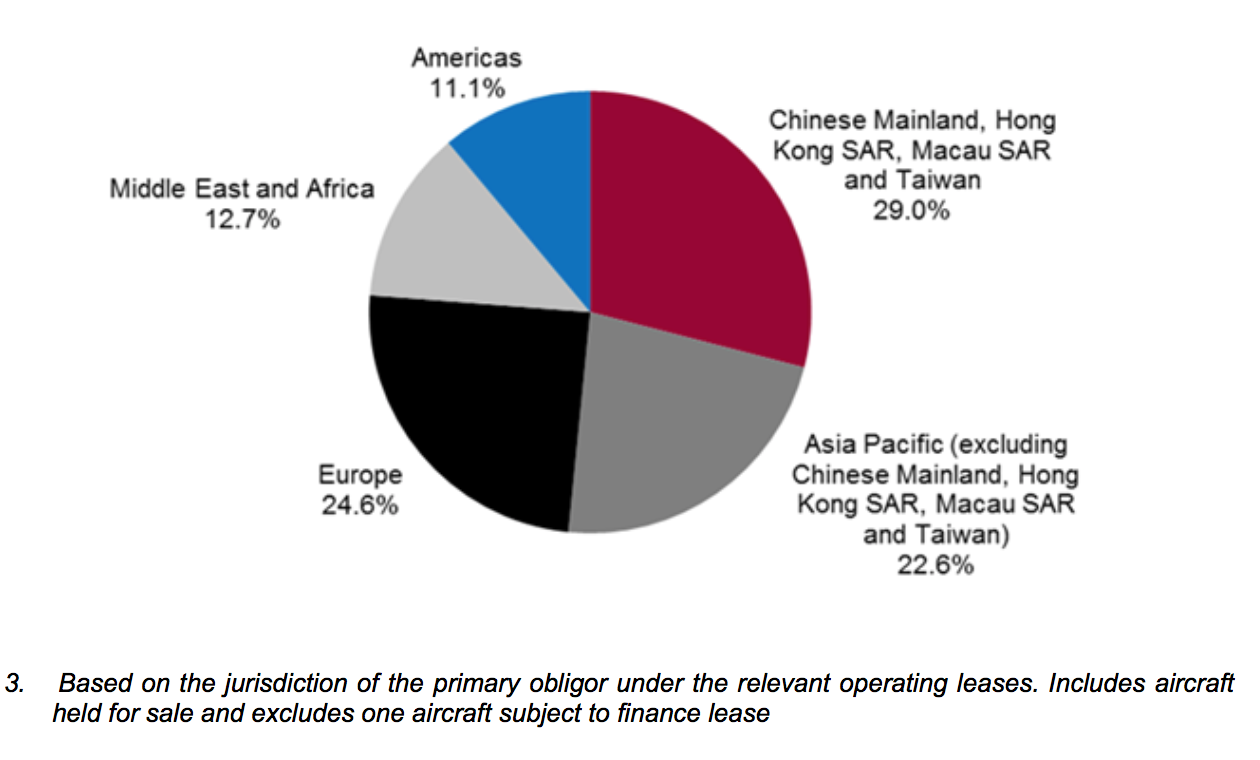 Shaheen Air to sublease six aircraft to the Royal Jordanian