Le Bourget, 17 June 2019 – Following the very positive feedback from the market, Airbus has launched the A321XLR to complement its best-selling A321neo Family. The A321XLR thus becomes the next evolutionary step which responds to market needs for even more range, and creates more value for the airlines by bringing 30% lower fuel burn per seat than previous-generation competitor aircraft. Starting from 2023, the aircraft will deliver an unprecedented Xtra Long Range of up to 4,700nm – 15% more than the A321LR and with the same unbeatable fuel efficiency.

With this added range, airlines will be able to operate a lower-cost single-aisle aircraft on longer and less heavily travelled routes – many of which can now only be served by larger and less efficient wide-body aircraft. This will enable operators to open new world-wide routes such as India to Europe or China to Australia, as well as further extending the Family’s non-stop reach on direct transatlantic flights between continental Europe and the Americas. For passengers, the A321XLR’s new Airspace cabin will provide the best travel experience, while offering seats in all classes with the same high-comfort as on long-haul widebody aircraft.

The A321XLR has been designed to maximize overall commonality with the A321LR and the rest of the A320neo Family, while introducing minimal changes needed to give the aircraft an Xtra Long Range with increased revenue payload. The changes include: the new permanent Rear Centre Tank (RCT) for more fuel volume; a modified landing gear for an increased maximum take-off weight (MTOW) of 101 metric tonnes; and an optimised wing trailing-edge flap configuration to preserve the same take-off performance and engine thrust requirements as today’s A321neo. In particular, the new optimised RCT holds more fuel than several optional Additional Centre Tanks (ACTs) did previously, while taking up less space in the cargo hold – thus freeing-up underfloor volume for additional cargo and baggage on long range routes.

The A320neo Family is the world’s best-selling single aisle aircraft with over 6,500 orders from more than 100 customers since its launch in 2010. It incorporates new-generation engines and Sharklet wing-tip devices plus other improvements which together bring double-digit fuel savings over its predecessor, the A320ceo Family. 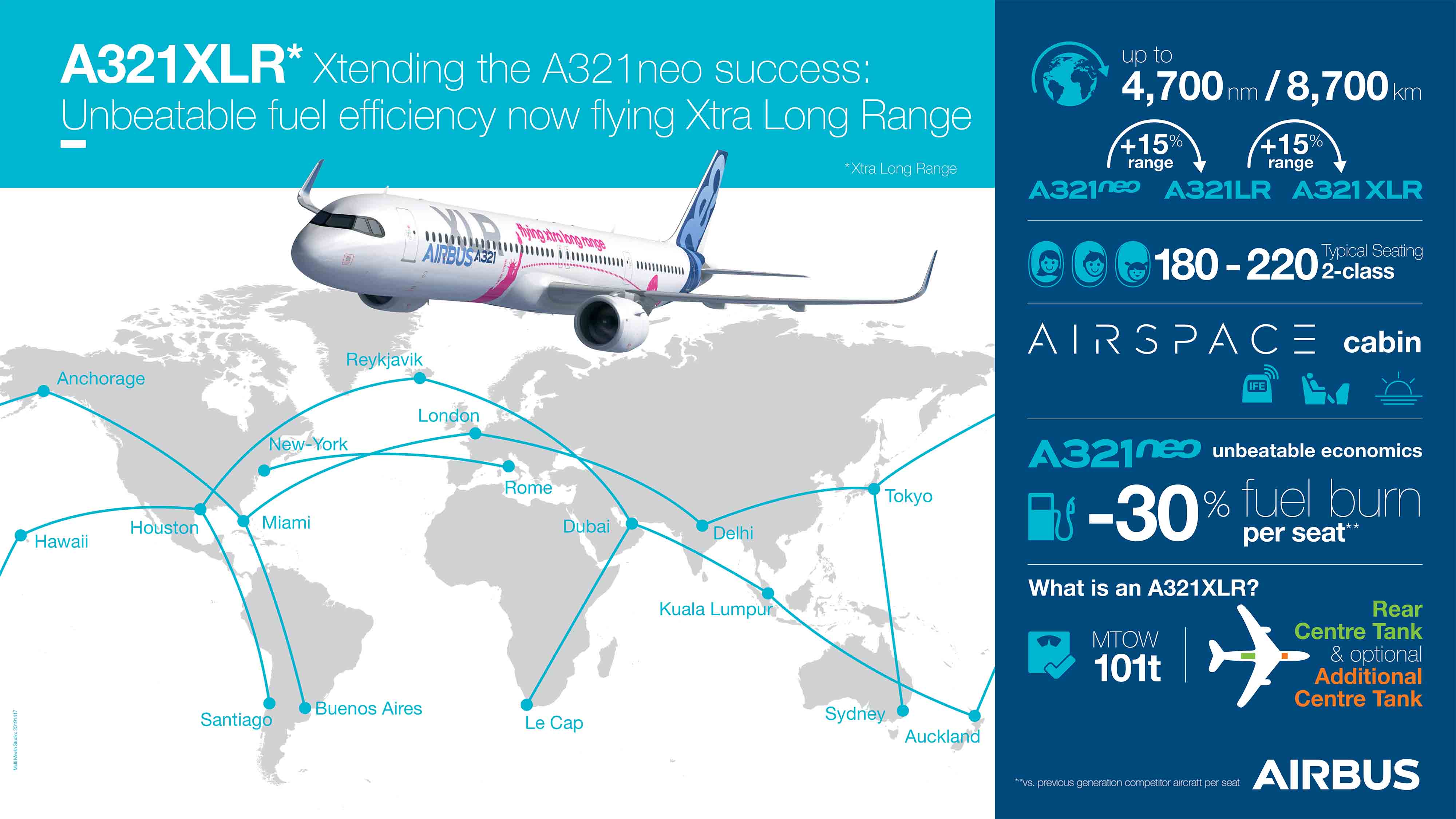 CFM and the LEAP Engine:Delivering What We Promised