During the quarter, AirAsia X Malaysia added frequencies to five routes in total, namely to Xi’an, Sapporo, Incheon, Busan, and Taipei, encouraged by year-end peak season demand. Additionally, the Company added Jeju to the network in December, which is also the latest unique route for the Company. The fleet size for AirAsia X Malaysia remains at 22 A330s as at end of December.

On the associates, AirAsia X Thailand reported PLF of 91%, up by a whopping 13 ppts as compared to 78% from the same period last year, as it recovered from the short term impact on the tourism sector due to the passing of King Bhumibol Adulyadej and the Thai government’s crackdown on zero-dollar tours from China. For the quarter under review, AirAsia X Thailand carried a total of 445,137 passengers, surging by 27% as compared to the same quarter in 2016. AirAsia X Thailand increased frequencies on two routes; frequency for Incheon increased to 3 times daily from November 2017 onwards, while Osaka was increased to twice daily from December 2017 onwards. No additional aircraft was added into AirAsia X Thailand during the quarter under review as the fleet size remained at 6 aircraft. 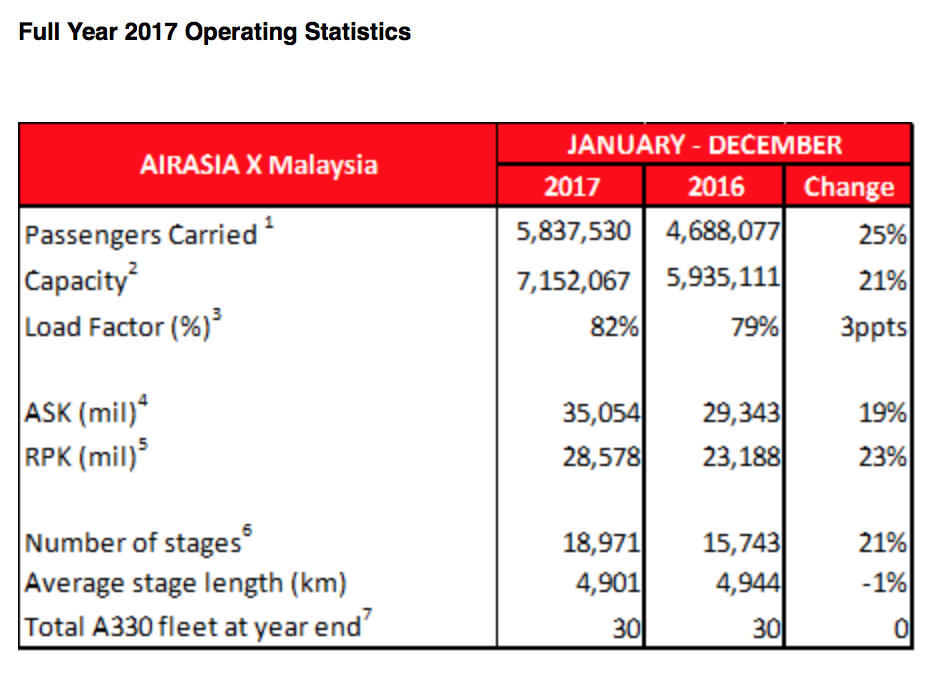